Check Out Career Options you have after 12th PCM.... Physics, chemistry, and mathematics or rather non-medical science is a subject enormous number of students choose after their 10th standard. Initially, a person may believe that because they have mathematics as a subject so engineering is the only option and path for their career but it is not true, you can pursue whatever you want to in almost all kind of fields after studying PCM in 12th standard except medical studies. Here is a list of all the possible Career options after 12th standard with non- medical.

Bachelor of science is an undergraduate degree that a person can take in physics, chemistry, mathematics, astronomy, forensic science, geology, statistics, home science, nutrition, nautical science, industrial chemistry, communication and extension, textile and clothing, human development and family studies, environmental studies, fashion technology, fashion design, forensic sciences, etc. are some of the courses in which a person can pursue his career after 12th.

Eligibility for BSc - 12th graduate with a minimum of 55% percentile and should have PCM as their subjects.

Procedure for admission- Government colleges and universities take admission on the basis of merit and cut-off list but there are a few colleges who conduct entrance examination for admissions. A candidate can also give Kishor Vaigyanik Protsahan Yojana ( KVPY) or National Entrance screening test (NEST) competitive examinations to pursue their degree in sciences.

This is the most wanted course for science graduates. An engineering degree is of four years and it is further spread into various different branches. You can either do Bachelors of technology or Bachelors of Engineering in the following courses mentioned below-

Eligibility- Candidate should have passed 12th with PCM as their subjects and should have secured 75% and above for appearing for the entrance examination.

Procedure for admission- Entrance tests have occurred at National Level for admission in different colleges and universities such as IIT-JEE, GATE, UPSEE, BITSAT, WBJEE etc and also some state level entrance examination is also conducted.

It is important to fulfill the criteria for appearing for any examination and also to clear the cut-off which differs from branch to branch.

A candidate can also join the merchant navy according to their wishes, Merchant Navy provide their own courses like, Higher National Diploma Nautical science or Marine Engineering which is a 1-year course. Other than this Two other courses are also provided like Bachelor of Science in Nautical Technology which is offered at their institute for 3 years and 1 year at the sea and Bachelor of technology in Naval Architecture and Ship Building.

Procedure for admission- Admission is based on an entrance test, The All India Merchant Navy Entrance Test( AIMNET). Correct eye-sight vision and proper health condition is also required.

Nowadays architecture is also a booming industry. It is a five-year course that is Bachelor of Architecture ( B. Arch).

Eligibility- 12th graduate with a high percentage in PCM.

Eligibility-12th Graduate with PCM as subjects.

Admission procedure- All India written test is conducted for admission in these institutes. Pilot Aptitude Test ( WOMBAT) followed by an interview. It also requires good eye sight and medical standards.

Candidates are taught chemical and electrical engineering for four years and can then join Indian Railways as Class 1 officers through Railway Apprentice Exams. They are also qualified to take leadership positions in Indian Railways.

Eligibility- 12th science graduate in PCM and a first class.

Procedure for admission- UPSC conducts an All India Special Railway Apprentice exam for pursuing this course.

The National Defence Academy offers a full- time residential undergraduate course recruiting in The Indian Air Force, The Indian Army and The Indian Navy. The Cadets are given a Baccalaureate degree after 3 years of study that is a Bachelor of Arts, Bachelor of science or a Bachelor of Technology. Cadets have a choice they can study two different streams of studies. Physics, Chemistry, Mathematics, and computer science is taught in science stream whereas History, Geography, Economics, Political Science and Language is taught in Arts stream.

Eligibility- 12Th pass out with PCM and should be an authorized unmarried citizen of India.

Procedure for admission- The cadet has to clear the National Defence Academy ( NDA) exam.

A candidate can completely change his/her course from the science stream to commerce stream after 12th. They can study Bachelors of Commerce ( B.com) which is a 3-year course, Banking and Insurance( BBI) which is also a 3-year course, Chartered Accountancy ( CA), Company Secretary ( CS).

Admission procedure- Admissions in colleges and universities is based on merit. CA and CS have their independent national level examinations.

A candidate can also pursue his career in BBA that is Bachelors of Business Administration or Bachelors of Management Studies.

Procedure for Admission – It is based on the merit list and some colleges also conduct entrance examinations.

Eligibility- 12th pass out from any stream with a minimum of 55%.

Diploma courses are the certification which indicates the completion of a particular course. They are not equivalent to an undergraduate degree and they also restrict from giving a few competitive examinations because the criteria for these examination demands an undergraduate or graduate degree and not a diploma. Here are some of the list of Diploma courses available in the country-

A candidate can also pursue law after their 12th standard. This is also booming nowadays as many sought to pursue law. There are different types of law like corporate law, criminal law, international law, etc.

Eligibility-  A candidate should be a 12th graduate with a minimum of 45%.

Procedure for admission- A candidate will get admissions through national level entrance examination like Common law admission test ( CLAT) or All India Law Entrance Test ( AILET) besides these different universities and colleges also conduct their independent entrance examinations.

There is a no lack of career or opportunities after 12th standard and science is a very liberating subject it opens up more horizons than any other subject. There are so many- many options after 12th science as also mentioned above. Science students can pursue non-science subjects as well, this is an advantage which a non- science student does not have especially a student who is from a mathematics background. Thus, besides the traditional mentality and culture of pursuing engineering is not the only option after graduating from 12th with PCM. How to study for board exam in a better way?

Know the tips and tricks of studying for Board Exams .... 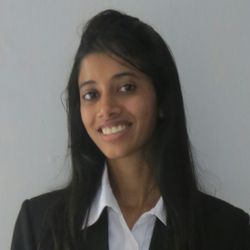 Worried about your exams? Know the final exam study tips suggested by the toppers. ....