Life of Indian students in Canada

Going to Canada for Higher Education, read how life is in Canada. .... 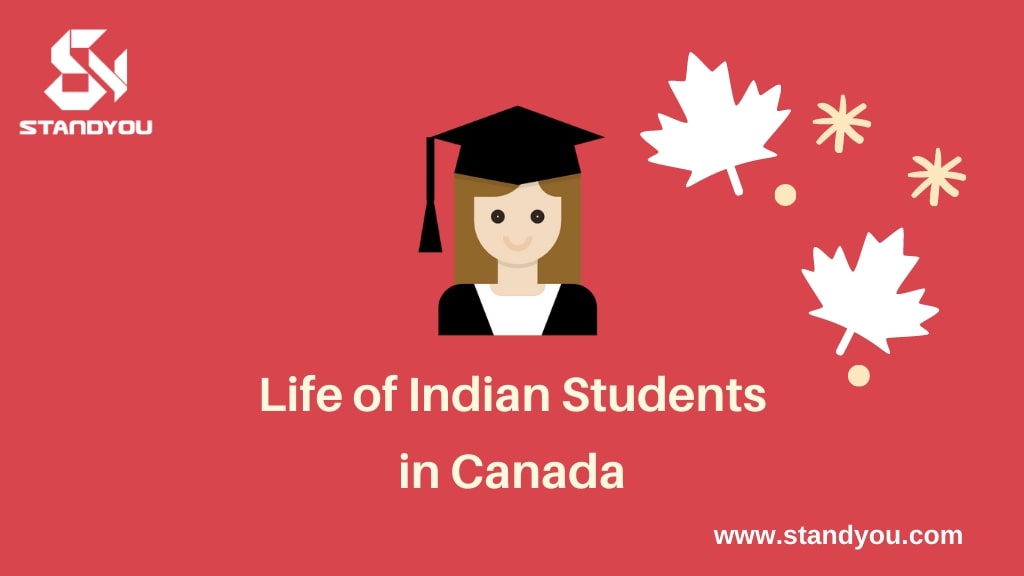 Canada is currently one of the most favorite destinations for students to study due to its luxurious educational facilities provided by its world-class universities. Statistics show that there is nearly a 40% growth in migration of students from India to Canada since the year 2018. It is reported by IRCC in December 2019 that nearly 6, 42,480 students have applied for studies in Canada. It shows a nearly 13% increase in the number of international students as compared to the year 2018. Canada ranks third in the world for accepting foreign student enrolment in the universities for graduate and postgraduate programs.

Read about MBA in Canada

Studying abroad and eventually settling there is always a dream for most of the students. In order to achieve this dream, it requires a high level of determination, dedication, discipline, and extremely hard work. Once enrolled in a course in an abroad nation there is no slacking back and one needs to have a never give up attitude when things get hectic. Leaving your hometown and your home country can always be a little overwhelming but taking it in a positive way and enjoying the new experience can be a key to lead a better life. Canada is a no exception to these experiences a person may get while migrating from India. Every coin has two sides similarly every situation of life has its own pros and cons. The student life of Indian students in Canada also has its own pros and cons.

Pros of life of Indian students in Canada:-

Canada is said to be a home for top class universities of the world with numerous courses and a wide variety of education to choose from as per your interest. It is always beneficial for students from various streams to pursue a diploma degree or post-graduation from Canada. The government has spent a lot to develop top-class education in Canada not only for the local students but also for international students. The University of Toronto, University of Alberta, and University of Waterloo, etc. are some of the best universities of the canada with high ranking worldwide.

Indian teenagers and students have a life that is highly influenced by their parents. In India, the life led by a normal 20-year-old person is a “completely dependent on parents” sort of life. Mom cooks and helps with the daily routine. Dad checks on external matters and the child has nothing much to do apart from education. Life in Canada is of great difference as compared to the one in India. The students have to do all the daily chores on their own and at times have to do at least one part-time job to lead an economically stable life in an unknown country. Indian students studying in Canada often experience that the shelves of the supermarket and shopping centers have so much variety to select from that it almost becomes irresistible to deny any item. To enjoy all the luxuries and still be economically stable can only be possible if one have a part-time job in hand which fetches a few dollars. All these situations teach a student to be prepared to handle multiple things at a time and yet perform best in all of them.

A new country always brings in new experiences for a person. Every new experience will always open doors to learning new things. Most of the Indian students who are inexperienced in the freedom they get while living in a new country find it overwhelming. They do not always have a perfect idea of how to utilize their time to gain maximum experience and knowledge in their chosen field. Performing part-time jobs on campus or off campus can always give them an upper hand for new experiences. As Canada welcomes not only Indian students but other international students one can always find a variety of cultures in their universities and workplace which can always help to learn about various types of lifestyles, food habits, festivals, etc.

Canada is a country with the lowest crime rate and the lowest rate of violent crimes. It is considered to be very safe for its citizens and international students. This helps a student to feel safe and stress free with respect to their safety.

The government of Canada has put enough effort in making its nation perfect in every aspect. Availability of good transportation, entertainment and medical facilities can all be found here at reasonable prices. Most of the Indian students have never found any difficulty with the availability of required things in their nearby stores making life a bit easier for them.

The living rates in Canada, when compared to other developed nations such as UK and the USA, are definitely lower. They are considered to be affordable in comparison to the rate of living in other developed Nations which proves to be very economical for international and Indian students. The rates might be lower in comparison to developed Nations but they always look expensive for Indian students and the rate of living in Canada might be an advantage in comparison to other countries but it is still a difficult one to manage for students especially from developing countries such as India.

Cons of life of Indian students in Canada:-

Canada is famous for its extreme weather which can range from 40 degrees Celsius in summers to -25 degrees Celsius in winters. The weather greatly varies from place to place however the winters are generally very cold and is covered with snowmaking it a difficult one to adapt especially for Indian students who have never experienced snowy winters.

“Roam the whole Rome you won’t get a place like home”, is what exactly describes the feelings of the Indian students living there. They often miss their family and friends they left behind in India. At times they do feel homesick and wish to give up everything, just come back home and meet their family and friends. There is always a void which is left due to lack of presence of their people around them. However, one can always consider making new friends and always being in touch with their friends and family back at home to overcome the loneliness.

It can always seem interesting to know about new culture, lifestyle and food habits. However, it is not as easy as it seems to be. Most of the times it can become a reason of stress as there might be extreme differences between the routine which one may follow and which the country has to offer. The time clock of Canada has a great difference when compared to India. This creates a biological imbalance and a student might experience some stress while getting used to the time pattern of Canada. For example, a student might get a phone call in middle of the night from a bank in India which might be normal working hours in India. Establishing a comfortable time of communication with friends and family at home can also be a challenge as the time pattern is different in both nations.

Lack of confidence to deal with new situations:-

Indian students often feel very under-confident while dealing with people in Canada. This is due to the accent and communication skills which are very different in both the nations. Even if the communication is in the English language the accent and the tone play a major role and a student might always feel that he or she may make a mistake and become a clown in front of others. It is very necessary to overcome such things and be confident about the knowledge and accent you have as it is important to communicate and understand rather than to have the perfect accent.

The life of people living in Canada is highly influenced by the government, the rules and regulations made. It is often experienced that there are strict rules and regulations even with minor things which can be irritating at times for Indian students as in a democratic nation like India the rules and regulations are not as strict as those in Canada. Maintaining an international visa and all the other paperwork for going to study at Canada can always be too much for a student. Having various types of insurance and all other documents with safety become extremely important in an alien nation.

The gist of the whole thing is that the life of Indian students in Canada is amazing and overwhelming at the same time and it completely depends on the student and their ways of dealing with the situations which will make or mare their day. It is always an amazing experience and the hard work is definite to fetch the fruit of victory and success in students’ life.

Take MBBS Admission Transfer from Ukraine to Georgia through Standyou....

Standyou is helping the MBBS in Ukraine students who are affected by the war between Russia and Ukraine in taking admission in Medical Universities of....